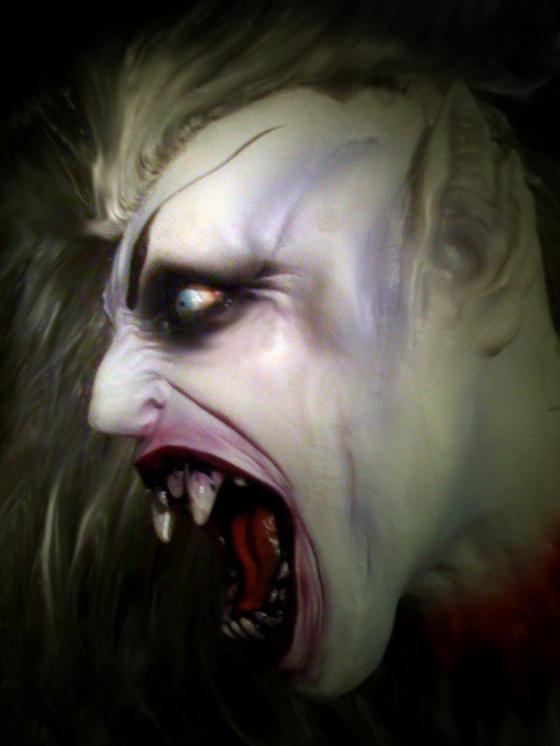 As a society, we’re endlessly fascinated with monsters. But why? Sure, some of us just like a good scare—it triggers an adrenaline rush similar to the one experienced by our “get off the couch” thrill-seeking friends. The freaks.

But why monsters? Or more specifically, monsters of the supernatural variety. While we may also be fascinated with the human monsters of the world, we don’t love them the way we do Freddy, werewolves, vampires, and their ilk. Even the most well produced documentary about Dahmer or Bundy could never compete with the ratings of a new Stephen King made for television movie.

And, given the choice between a news report about a murder or a news report about a zombie-like man biting and trying to eat his fellow humans, which one would you watch? For the record, this actually happened in Miami. I’ll save you the Google search—it had everything to do with drugs and not the start of the zombie apocalypse. Not so interesting now, is it? Admit it, you sort of wanted to hear about the walking dead.

People like us love things that creep, slither, haunt, and otherwise scare the daylights out of us.

We’re not alone. Two-thirds of the world believes in demons and possession. Nearly half of the U.S. population believes in ghosts. Other cultures believe in voodoo. Do we believe because we want the fear to be real?

Research suggests that our love of the supernatural helps us deal with real-life horrors. In fact, the late, great Wes Craven said, “Certainly the deepest horror, as far as I’m concerned, is what happens to your body at your own hands and others. Horror films don’t create fear. They release it.”

Fear is also the most complex emotion. If I asked you to define love, our definitions would probably be similar. It’s why romance novels work so well—at the end, we all pretty much want the lead characters to be together, to care deeply, maybe even ride off into the sunset together. With horror novels, there are so many outcomes— so many different ways a reader may want the story to go. What scares you doesn’t necessarily scare someone else. It’s why I’ve always thought horror novels are harder to write and sell than romance novels. Fear is personal.

And our favorite monster also says something about us.

Zombies: Think about it. How hard is it to imagine that the world of pharma, chemical warfare, and toxins do terrible things to people? Or course, the fear of being hunted and eaten can certainly be said to stem from being animal—we like to think of ourselves as the apex predator, not the prey.

Vampires: We’ve painted them from being hideous coffin-dwellers into creatures that are gorgeous, powerful, and immortal. But either way, they feast on our blood, our life-force. They command us with hypnotizing eyes. If you could choose to be any supernatural creature at all, I’m betting most of you would choose to be vampire.

Ghosts: Ah! Dreamers! Romantics. True love never dies—it changes forms, right?  Who doesn’t want to hold onto the hope that those we’ve loved and lost might stick around a while? Or maybe we’d like to think we could be the one sticking around. Who wouldn’t want to talk to a deceased celebrity or other person of interest? Ghosts, like the beings they were in life, can be frightening, difficult, or comforting. And, of all the supernatural beings, I’d also venture to say that most of us would feel more comfortable with an encounter with a ghost than any other supernatural being.

Werewolves and other shape shifters. Ever wonder what it’d be like to fly with real wings, to have the grace of a cat, or be part of a wolf pack in Yellowstone Park? For some of us, experiencing the world as a different species would be the ultimate nomadic, thrill-seeking adventure. How freeing would it be not to worry about work, mortgages, or what’s going on in the world of humans bent on war and self-destruction? Animals seem to have an inner simplicity, an inner peace. Now, for the devotedly religious, that’d be trading in on our God-given human form, wouldn’t it? The desire to be something other than what the angels envy—God’s best work—must mean we’re ungrateful. Hence, the curses all shape shifters must endure.

Witches and sorcerers. We fell in love with Harry Potter in part because the ability to do magic is, in itself, magical. It’s the Disney World of all supernatural talents when we want to do good, and the most evil of  haunted houses should we want to right some wrongs. Not to mention, having magical ability would make housework a non-chore.

Demons. Ah! The supernatural monsters closest to real life. Demons do the most despicable, horrible things. There’s no pleading with them. There’s no place to run, to hide. Demons lay you to waste—body, mind, spirit. They represent the darkest of all creatures and the blackest recesses of mankind’s soul. They are the opposite of happiness, well being, and pleasant dreams. They’re also the poster children for lack of accountability. Banish the demon and we’re not held accountable for our actions while under the devil’s command. Ever hear of The Devil made me do it? Perhaps this is why demons are the undisputed kings of evil and the ones found in most scriptures. Demons hide themselves well—often masquerading as children, rulers, the neighbor next door. They can even be right in our own homes.

Here there be monsters.

The reality is that in each and every one of us lies the potential to be any (or all) of the above. Enjoying an evil supernatural being via a book or film allows us to explore the darkness within us all, yet in a protected way. We can be afraid and exhilarated all at once. If the monster prevails, it might be how we imagine things going wrong in life. If the monster is banished, even temporarily, it might speak to our inner optimism and human triumph. Monsters allow our brains to play make-believe as a distraction from our threatening and often terrifying real world.

Of course, all this might be my way of distracting you from the creak of a floorboard or basement step, or that scurrying noise and whispers coming from the attic. Who knows what really looks back at you when you peer into the mirror? Perhaps you’ve forgotten if you really did turn off that light or if the shifting shadow in the corner was merely a trick of the mind’s imagination.

I am a storyteller, after all.

If you liked this article, please consider doing me a solid and check out my books at your favorite retailer: