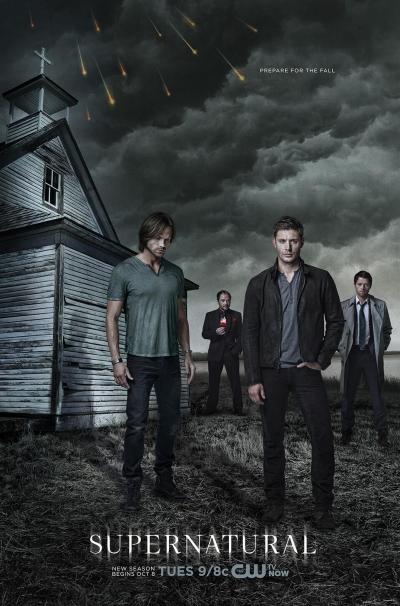 It’s autumn! To me, autumn means cool weather, leaves like gemstones, Honeycrisp apples, hot apple cider, Halloween, and the start of the season for my favorite television shows. Without a doubt, my favorite  is the CW’s SUPERNATURAL. I’ve been a fan since season one. Here’s a couple promos for the show’s opening.

For those who follow me on Twitter or my FB author page, you’ll know I have a serious case of writer crush. No, really. I have major writer crush. Season after season, the show writers have kept up all the tension, romance, drama, and character snark that I love so well. Of the shows I watch SUPERNATURAL has the best characters and some of the greatest lines on prime time.

But it’s not only writer crush I have. It’s character crush as well. There are so many! I love that it looks like Bobby is back. Bobby Singer is my all-time favorite curmudgeon. I admit to having something in my eye when Bobby died. Favorite Bobby episode: Weekend at Bobby’s. Then, there’s Death. I love the character Death. Julian Richings does a fantastic job. No character has ever made an entrance more memorable than Death. Ever.

Of course, there’s Meg and Benny, too. I miss Benny and hope that Sam and Dean can rescue him from Purgatory. Meg had such great lines as well. I love that she calls Casstiel Clarence.

Mark Shepard as Crowley cracks me up. He’s the villain you love to hate. Or maybe just dislike, but can’t wait to see more of. He really is THE King of Hell.

Of course I didn’t forget about Castiel, Sam, or Dean. How could I? 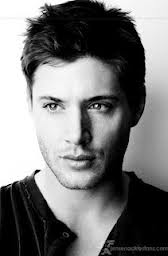 For starters, a somewhat younger Jensen Ackles was the mental inspiration for the character Gage in THE HAUNTING SEASON. Every author needs to put a face to their characters and while I was fleshing out the character during the first draft, I happened to be watching show reruns. I was having some difficulty figuring out what Gage looked like and a basic foundation to work with for personality when this particular scene came on.  For whatever reason, that tone, that look, it just clicked. Not to mention, both Dean and Gage feel they have the weight of the world on their shoulders, which they work hard to hide. While Gage isn’t  Jensen or Dean, writing Gage was much easier after watching that episode.

Oh, and don’t worry, Sam and Cass fans! Here are some videos for them, too:

Since I could go on and on about what I love about the show, from plot lines to the perfect mix of drama and comedy, to the awesome classic rock and the best outtakes ever, I’ve decided to do something a little more fun than a show review that could rival a novella. From October 1 until October 8th, I’ll be hosting a contest and giveaway.

What a giveaway it is, too! What’s up for grabs to one lucky winner: 2 Supernatural paperbacks (see list, below), 1 Dean necklace/amulet, a limited edition Supernatural T-shirt. Of course, being an author with a creepy book to offer so close to Halloween and because Dean inspired the looks for the character Gage, I’m also adding a signed copy of THE HAUNTING SEASON. Sorry, because it’s cost prohibitive to ship outside the United States, this contest is U.S. only and must ship to a U.S. address.

And here’s the rest of the disclaimer: This contest is NOT in any way sponsored by nor associated with the show SUPERNATURAL or the CW network. THE HAUNTING SEASON is not fan-fic and none of the characters from SUPERNATURAL appear in my book. 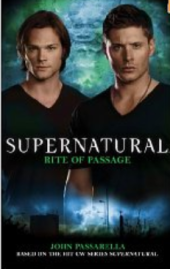 One paperback Supernatural books (Winner can select 2 books from the choices below. For covers and book descriptions, click here.) 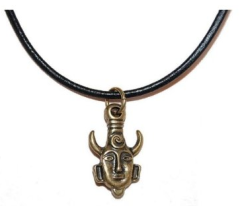 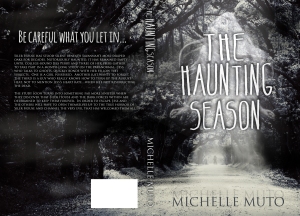 A signed paperback copy of THE HAUNTING SEASON

16 thoughts on “A Supernatural Celebration”